THE PROPOSED 4.2 PERCENT HELCO RATE INCREASE before the state Public Utilities Commission is the target of another quest for intervention by consumer and environmental group Life of the Land. In his motion, filed yesterday with the PUC, Life of the Land Executive Director Henry Curtis writes that the PUC has already urged HELCO to adopt a “shared sacrifice” policy rather than loading the burden of increased costs of producing electricity onto ratepayers. Life of the Land points to a PUC order to HELCO, which states “….the commission is not persuaded that HELCO has sufficiently considered and implemented aggressive cost-cutting measures to help reduce its rate increase request…Considering and implementing cost-cutting measures …should be a standard component of HELCO’s business practices.”
Among cost cutting measures, Life of the Land notes, is establishing a smart grid to make delivery of electricity more efficient. Life of the Land states that HELCO’s proposed rate hike “is not reasonable, not in the public interest, and is not a cost effective use of ratepayers funds.” The motion states that Life of the Land’s mission “is to preserve and protect the life of the land by promoting sustainable land use and energy policies and to promote open government through research, education, advocacy, and, when necessary, litigation.”
Life of the Land puts forth its concern for “the Utility’s continued emphasis on rate-payer financed dividends paid to shareholders in excess of company earnings, which forces the utility to raise rates. A public utility should be at least as concerned about ratepayer impacts as it is with executive pay and payments to shareholders.”

Life of the Land also points to renewable energy already in place and approved for sale to HELCO. “The utility’s current renewable portfolio standards requirement (dictated by the state) is 40 percent by 2030. HELCO has already exceeded the 2020 requirements of Hawai`i Revised Statute 269 in the amount of renewable energy it accommodates on its grid, and has or could shortly meet its 2030 requirement.” Life of the Land reports HELCO penetration of renewable energy on the Big Island as 36.7 percent in 2011, 39 percent in 2013, some 48 percent with the Hu Honua bioenergy plant going online in Pepekeo and 70 percent in the near future with additional geothermal added to the grid. Writes Life of the Land, “Another reason for exceeding the 40 percent by 2030 RPS requirement is to reduce consumption of imported oil. But at what price? Should one exceed the legal limit if the options have a higher price, higher environmental impacts, and/or higher cultural impacts? Meeting or surpassing the RPS level should lead the utility to look for cost effective indigenous renewable energy resources that have a small footprint.”
Life of the Land was recently accepted by the PUC as intervener in opposing separate electric bill hikes proposed by `Aina Koa Pono, which plans a refinery and biofuels farm in Ka`u.
According to Life of the Land, “Biofuels can have enormous environmental repercussions, ranging from impacts on water use, land use, air emissions, transportation, energy consumption, genetic engineering, climate change, pesticide contamination, non-point source pollution, increase or decrease in jobs and/or an increase or decrease in labor union employment, competition with food and/or ranching operations, health impacts, monocropping, etc.”
The organization contends that the 4.5 percent rate increase, separate from the `Aina Koa Pono proposal, “will in part be used to finance biofuel/biomass studies, promote biofuel/biomass solutions, and finance biofuel/biomass power purchase agreements.”

VENEREAL DISEASE AMONG CATTLE is being controlled by testing bulls, which are destroyed when they come up positive. Tests are done on some ranches before allowing the bulls to breed and at slaughterhouses around the state to find out which herds are infected.
A story in today’s Hawai`i Tribune Herald quotes rancher Kyle Soares, who in 2010 became the first to discover the disease on this island. Called trichomoniasis, the bacterial infection that travels from bull to cow and cow to bull can cause infertility and pregnant cows to abort and the fetus to mummify. The story says that eight ranches are under quarantine on the Big Island, six of them in Ka`u.
According to ranchers, the disease is usually found in older bulls, which are pulled from the herds when tested positive or when they naturally become too aggressive. Younger bulls, which usually test negative, are kept for breeding. Over time, the herds become clean as infected cows take a rest from breeding and the bulls are taken out. In the meantime the infected ranches are quarantined from sending their cows and bulls to other ranches.
Soares told Hawai`i Tribune Herald that he would like the state to adopt a regular testing program for bulls, saying such programs have worked in western states where the disease is more prevalent.

FLEDGLING HAWAIIAN PETRELS are getting ready for their first flight. “It’s a precarious time of year for one of Hawai‘i’s rarest endemic seabird species,” says a statement from Hawai`i Volcanoes National Park, which “is is keeping a watchful eye on its small population.”
The ‘ua‘u, or Hawaiian petrel (Pterodroma sandwichensis), is a federally endangered native seabird, and the only known nests on Hawai‘i Island are within Hawai‘i Volcanoes National Park on the lower alpine and subalpine slopes of Mauna Loa. Wildlife biologists estimate that only 50 to 60 breeding pairs are left here.
In November, young ‘ua‘u leave their nests for the first time and fly at night to the ocean searching for food. A primary threat to fledglings are bright urban lights that cause them to become disoriented and fall to the ground or collide with structures. Once grounded, it is difficult for ‘ua‘u to take flight, leaving them extremely vulnerable to cats, dogs and mongooses.
While a primary threat on other islands, groundings are not as common on Hawai‘i Island, likely due to a much smaller population of ‘ua‘u combined with minimal urban lighting, particularly in and around the national park. The last grounding in the park was in 2006. As a result, the park modified existing lighting to be downcast and shielded on the top, and the park pays careful attention to all new lighting to ensure it meets requirements to minimize disorientation.
“‘Ua‘u numbers are so low here that the odds of encountering them are rare. The fact that we have only a handful make it important that we protect these remaining few,” said Dr. Rhonda Loh, Chief of Natural Resources Management for the park.
Adult ‘ua‘u arrive on land in early spring and nest in underground burrows, entering and leaving after dark. The female lays a single egg in May. Both parents take turns incubating for 60 days and then feed the chick until it fledges in November or early December.
‘Ua‘u are 16 inches from head to tail, have a three-foot wingspan, and are dark grey on top and white below. They make a variety of calls and one sounds just like its name: oo-AH-oo.
Anyone finding a grounded seabird in the national park, can call dispatch at 985-6170. Outside the park, contact the Department of Land & Natural Resources Division of Forestry Wildlife 974-4221. For more information, videos and sound recordings of ‘ua‘u, visit the Pacific Island Parks blog, http://pacificislandparks.com/2012/11/02/hawaiian-petrels-get-ready-for-first-flight/.

A CROP INSURANCE WORKSHOP will be held on Monday, Nov. 11at Pahala Community Center. Sponsored by University of Hawai`i College of Tropical Agriculture and Horticultural Research, it is open to everyone from 10 a.m. to 12 p.m. The workshop will also take place 3 p.m. to 5 p.m. on Tuesday, Nov. 13, and from 6 p.m. to 8 p.m. on Wednesday, Nov. 14, at the Kona Cooperative Extension Service in Kealakekua.
Deadline to apply for crop insurance policies with coverage beginning in January is Dec. 31. Hawai`i has policies for AGR-Lite, macadamia nut tree and nut, banana tree and fruit, coffee tree and fruit, and papaya tree and fruit. Those interested can email andreak@hawaii.edu or call 322-4894. 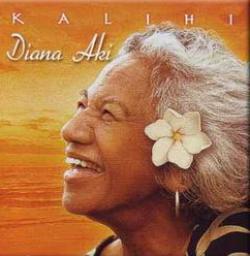 LUNCH WITH A RANGER is also Sunday, starting at 12 p.m. in the Kahuku Visitor Greeting Area. Rangers choose varied topics ranging from land management and conservation issues to environmental and cultural history and guide an open discussion with visitors over a bring-your-own-bag lunch. Check the Activities Boards at the Kahuku Visitor Greeting Area for the day’s Lunch With a Ranger topic and location. Lunch with a Ranger is also offered Nov. 18.

MEDICINE FOR THE MIND is Sunday from 4 p.m. to 5:30 p.m. at Volcano Art Center’s Ni`aulani Campus in Volcano Village. Free Buddhist healing meditation for beginners and advanced. Call Patty Johnson for more, 985-7470.