THE KA`U PUBLIC MEETING on the electric company’s planning for the future is this Thursday from 6 p.m. to 8 p.m. at Pahala Community Center. Hawaiian Electric Co.’s Aloha Advisory Committee member Henry Curtis, who is also executive director of Life of the Land, says he encourages the public to attend the meeting. Advisory Committee members were chosen by the Public Utilities Commission to receive input on how the electric company’s planning could affect culture, environment and communities across the islands. The meeting in Pahala was added in light of a major plan, the building of a refinery and changing large parcels of land from pasture to a biofuel farm.
Curtis and Life of the Land have intervened in the `Aina Koa Pono case before the PUC. The case involves a proposal for the utility and `Aina Koa Pono to sign a 20-year, fixed-price contract to buy biofuel that would be manufactured at a refinery planned for land off Wood Valley Road. Some 13,000 acres between Pahala and Na`alehu would be converted into a biofuel crop farm and tree and shrub harvesting area. Supporters say `Aina Koa Pono and HECO would help get Hawai`i off fossil fuel while opponents claim it would likely drive the cost of electricity higher and deter other alternatives.
Asks Curtis, “Do you care about electric rates? HECO/HELCO says electric rates will rise for several years and then become less volatile. Is that what you want? Do you prefer (a) high stable rates or (b) rates that are sometimes low and sometimes high or (c) lower rates?”
“This is your one chance for input,” Curtis says. Thursday’s meeting at Pahala Community Center follows one at `Imiloa Astronomy Center in Hilo tomorrow and another at Waikoloa Elementary School on Wednesday. All meetings are from 6 p.m. to 8 p.m.

THE PUBLIC UTILITIES COMMISSION received more public testimony prior to the Nov. 30 deadline for comments on the application for approval of the biodiesel supply contract between `Aina Koa Pono and HELCO.

DWIGHT TAKAMINE, director of the state Department of Labor and Industrial Relations, supports the project. It “will have substantial long-term positive impacts on the state’s economy and labor conditions,” Takamine writes. “The present value of state tax revenues from General Excise Taxes and personal income taxes will be increased by a total of $197,000,000 if the project is developed. This compares to only $2,200,000 in tax revenues if the use of imported fossil fuels continues at Keahole.”
Takamine says the facility will “create over 200 permanent management, professional, operations, maintenance, agricultural and administrative jobs, in addition to 400 construction jobs over a two-year period. We understand that AKP has a memorandum of understanding with the International Longshore and Warehouse Union, Local 142, and intends to sign project labor agreements with applicable building trades unions to ensure that a local labor force is used for the construction and ongoing operation of the project. We applaud AKP's commitment to support Hawai`i's workforce.
“Additionally, the project will require and provide many training opportunities for its employees. DLIR stands ready to work collaboratively with AKP in identifying training opportunities and programs to enable Hawai`i residents to take advantage of the quality jobs provided by the project.

DR. JIM KENNEDY, OF HILO, opposes the project. “The true nature of this contract does not appear to be in public view,” Kennedy writes.
“From what can be inferred from what some have pieced together, it seems to imply that it would establish a new oil-based pricing structure that ignores the real cost of fuel production and appears to re-establish yet another “Avoided Cost” pricing scheme, at a time when such structures promise to further destabilize the public’s access to fairly-priced energy.
“Moreover, there are serious scientific questions about the true economic sustainability of biodiesel or any other biofuel, and finally, it is not apparent that the efficacy of this fuel source has been subjected to a side-by-side comparison to other local energy alternatives.
Kennedy questions whether or not the project is an example of “true energy sustainability” and says “biofuels are not sustainable irrespective of price.”
“May I ask that the PUC take a hard look at these issues, consider the nature and basis of the contemplated energy-generation pricing scheme, require HELCO to present a credible relative study of alternative local energy sources, explain the implications of the oil industry’s claim of independence from foreign sources within 20 years, and provide more transparency into the terms of the proposed energy acquisition and its impacts on the public, before rendering a final decision on the docket,” Kennedy says.

GAS PRICES WERE DOWN to $3.85 for regular at Lex Brodie’s on Farrington Hwy in Honolulu. On the Big Island they remained high. At Ka`u Gas in Pahala, the price is $4.09. In Na`alehu at the 76 station, the price is also $4.09. In Ocean View at Kahala Gas, the price is $4.06. At Ocean View Market, it is $4.01 – if you pay cash on Mondays, Wednesdays and Fridays. At Kahuku Country Market, regular gas is going for $4.01 a gallon every day of the week.
For some perspective, regular gas topped $5 a gallon at the end of May this year, and the least expensive in Ka`u on May 23 was $4.66 per gallon.

THE TWO ENTRANCES TO KAWA BAY have new bright yellow metal gates, and Hawai`i Police Department officers remain at the east entrance 24/7 as archaeological studies continue. HPD removed people living there at the end of October and said they would be on site for about a month. Police took down the home of Abel Simeona Lui and other structures and moved them to a shipping container at Na`alehu police station for owners of the materials to retrieve them. According to the office of the mayor, the oversight continues through the completion of the studies, and Kawa will be open again to the public soon.
The county recently purchased land around Kawa, adding onto land in public stewardship along Hwy 11 between Honu`apo and Pahala. The total acreage managed by the county, community groups and The Nature Conservative along this stretch of highway, which is the closest paved road along Ka`u’s coast, is more than 1,000 acres.

COUNTY COUNCIL MEETING participation from Ocean View Community Center where proceedings can be watched and testimony given went dark today. An alert from District 6 council member Brenda Ford said the teleconferencing would not be held "due to the transition from the past council to the new council and the current lack of trained personnel to operate the equipment." She said the situation would be rectified by the Dec. 18 and 19 meetings and in the future with trained staff to operate the equipment. She said she apologizes to the Ka`u viewing public. Ford was sworn in today as the new District 6 council member. 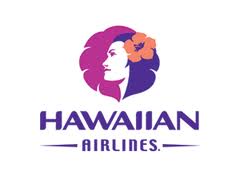 NON-STOP FLIGHTS TO TAIPEI are the next venture by Hawaiian Airlines into Asia following the recent U.S. visa waiver for Taiwanese to come here. Hawaiian made the announcement today that it will fly between Honolulu and Taipei beginning next July. Taiwanese will be able to stay in the U.S. for three days without a visa.
Said Hawaiian CEO Mark Dunkerley, “We have long known that there is demand for a Hawai`i vacation in Taiwan, but visits have been impeded by the cost, complexity and time it has taken its citizens to apply for a U.S. visitor visa. Now that Taiwan is part of the U.S. visa-waiver program, we are delighted to be adding Taipei as the latest city in Hawaiian’s growing Asia network.”
According to Hawai`i Tourism Authority, the number of visitors from South Korea grew by double digits after it joined the visa-waiver program, and HTA expects the same increase in travel to Hawai`i from Taiwan.

KILAUEA MILITARY CAMP’S HOLIDAY CHALLENGE continues throughout December with festive displays on the from row of cabins in Hawai`i Volcanoes National Park. Visitors are invited to vote for their favorite at the front desk. Call 967-8371 for more information.

INVITATIONAL WREATH EXHIBIT continues at Volcano Art Center Gallery in Hawai`i Volcanoes National Park. Gallery artists, working in a wide variety of media, materials, and techniques, present their concepts of “wreath,” from the whimsical to the traditional. Hours are 9 a.m. to 5 p.m. daily, and park entrance fees apply.

VOLCANO SCHOOL OF THE ARTS AND SCIENCES seventh- and eighth-graders present their annual gift to the community, A Night of Theatre, Thursday at 6 p.m. at Kilauea Military Camp Theater in Hawai`i Volcanoes National Park. Park entrance fees apply. 967-8371