A MAGNITUDE 4.4 EARTHQUAKE shook the south flank of Kilauea Volcano at 4:37 a.m. this morning. It was one of several earthquakes around the Pacific Rim, 4.4 and larger, including a magnitude 7.7 near Cordova, in southeastern Alaska, and temblors from Ecuador to Chile, Vanuatu, New Guinea and Japan. The U.S. Geological Survey’s Hawaiian Volcano Observatory reported that the local earthquake was in the Pulama Pali area about seven miles west of Kalapana and four miles southeast of Pu`u `O`o crater, at a depth of six miles.  The earthquake was widely felt on Hawai`i Island. The USGS “Did you feel it?” website (http://earthquake.usgs.gov/eqcenter/dyfi/) received 160 felt reports within the first hour of the earthquake. There were no aftershocks.

Pulama Pali has been the site of 23 earthquakes of magnitude 4.0 or greater during the past 50 years, with eight since 1983. HVO reports that most are caused by abrupt motion of the volcano’s south flank moving southeast over the ocean crust at an average rate of 2.6 inches per year as a result of magma injected into the rift zone. The earthquake did not have any apparent effect on Kilauea’s ongoing eruption. HVO monitoring networks have not detected any significant changes in activity at the summits or rift zones of any other Hawaiian volcanoes.
For eruption updates and information on recent earthquakes in Hawai`i, visit the Hawaiian Volcano Observatory website at http://hvo.wr.usgs.gov.  HVO is celebrating the 30th year of the ongoing Kilauea eruption which began on Jan. 3, 1983.


HAWAI`I’S DELEGATION HAS ACCEPTED ASSIGNMENTS for the 2013 U.S. Congress.

SEN. MAZIE HIRONO serves on the Committee on Armed Services, Committee on the Judiciary and the Committee on Veterans Affairs.
Concerning the Armed Services Committee, she said, “Hawai`i is home to the U.S. Pacific Command and thousands of men and women who serve our country in the armed forces.
“Our military’s presence in Hawai`i not only plays a critical role in our national security but also in driving our state’s economy and supporting thousands of jobs in the public and private sectors. I look forward to partnering with my colleague on the House Armed Services Committee, Congresswoman Colleen Hanabusa, in preserving Hawai`i’s important role in our national security,” said Hirono. Hirono is Hawai`i’s first female senator and the nation’s first immigrant and first Buddhist member of the U.S. Senate.

SEN. BRIAN SCHATZ serves on Committees for Indian Affairs, the Committee on Energy & Natural Resources and the Committee on Commerce.
“Indian Affairs is an assignment I wanted because of its importance to Native Hawaiians and all the people of Hawai`i,” said Schatz. “There is a lot of work ahead to attain what is right for Native Hawaiians with respect to federal recognition, and I will do my utmost to build from the groundwork that has already been laid by Senator Akaka and Senator Inouye.”
Through the Energy Committee, Schatz said, he could help direct financial resources to this state. “Energy is a continuation of the work I have been doing in clean energy and transition fuels.”
According to a Washington, D.C. publication called The Hill, Hirono, who served on the Energy Committee when she was in the House, had been expected to have the same assignment in the Senate. “Green groups had expressed excitement about Hirono’s committee assignment, calling her an advocate of clean energy and conservation. They likely will be just as pleased with Schatz who, like Hirono, has said he is committed to combating climate change,” reported Zack Colman, a writer for The Hill’s E-2 Wire on energy and the environment.
Schatz called the Commerce Committee “pivotal,” saying he can help Hawai`i and the rest of the country with ocean, road and rail transportation. He said he wants to direct interest and “spur international technology development in the Islands.”

REP. COLLEEN HANABUSA, who represents urban O`ahu,  serves on the Committee on Natural Resources and the Armed Services Committee.

REP. TULSI GABBARD, who represents Ka`u along with the other rural communities in the state, has assignments to the Committee on Foreign Affairs and the Committee on Homeland Security.
She stated, “As the U.S. pivots its focus toward the Asia-Pacific region, my work on the Foreign Affairs Committee will ensure Hawai`i benefits from, and provides leadership in, this shift in policy and strategy.
“By drawing on military background and experience leading counter-terrorism training during my deployment to Kuwait, I plan to bring unique insights and a firsthand perspective to my position on the Homeland Security Committee. Given Hawai`i’s location and crucial international ports, I will work to bring into focus the impact our nation’s Homeland Security policies have on the islands.” Gabbard, 31, is the first American Samoan and first Hindu in congress. Newspapers in Hindu communities across the world noted that she took the oath on the Bhagavad Gita instead of the Bible or Torah.

HAWAI`I’S LOW UNEMPLOYMENT is a positive trend in the economy. However, a possible reduction in federal funding and an aging population could hamper growth, states economist Paul Brewbaker, who submitted testimony to a briefing yesterday for Hawai`i state legislators. The economist called Hawai`i’s economic recovery a “plodding path.” He recommended “greater efficiency, higher productivity and faster economic growth,” as ways to meet the challenge. He recommended incentivizing tourism by pulling back on regulations.
He noted that a particularly difficult problem is the promise to pay Social Security and government employee retirement when the percentage of people over 65 is growing, leaving the fewer younger working people to pay the bills.
Gov. Neil Abercrombie issued a statement saying that his administration and the state Council of Revenues show that “the tourism economic sector is performing strongly, state unemployment rates continue to decline and other sectors like construction are showing signs of improvement.”
The Council of Revenues issued its report this week saying tax revenues will grow more than earlier expected in 2013 and 2014. The governor’s proposed state budget is $11.8 billion for fiscal 2014 and $12.1 billion for 2015. 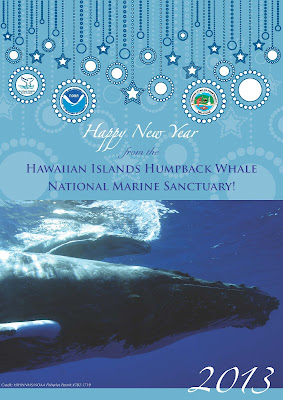 TALENTED KA`U RESIDENTS of all ages can begin preparing acts now for Volcano Art Center’s Valentine Variety Show. Auditions take place Thursday, Jan. 17 at 4 p.m. and Saturday, January 19 at 10 a.m. at VAC’s Ni`aulani Campus in Volcano Village. All applicants and performers must be able to make the scheduled audition, one mandatory dress rehearsal on either Feb. 7 or 8 and show times on either Feb. 9 and 16 or Feb.10 and 17. Acts should be no longer than five minutes and can be music, dance, drama, comedy, magic, juggling, acrobatics or any other form of entertainment. Solo and group acts are encouraged. Application fee of $15 is waived for VAC members. For an application or more information, email julie@volcanoartcenter.org.

ALSO SEE KAUCALENDAR.COM AND FACEBOOK.COM/KAUCALENDAR.
Posted by The Ka`u Calendar at 11:01 AM